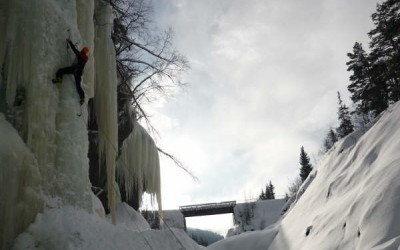 second highest tropical mountain chain in the world, after the Cordillera Blanca

(White Range), immediately to the north. Even though it is located 120 kilometers

from the Pacific Ocean, the crest forms part of the Continental Divide of South

America; the waters of the eastern slope flow to the Marañon River, a principal

tributary of the Amazon.

Running from north to south, the main zone that has some twenty summits within

about 25 km, with a secondary mountain change of summits of lower elevation

toward the west that is about 15 km long. Six of the peaks are higher than 6,000

meters. Among the peaks, Yerupajá (6,617 m) stands out - it is the second highest

m), which achieved fame through the book and subsequent film “Tocando el

This area also hosts dozens of glacial lakes of incomparable beauty. The closest

The difficulty: It is moderate.

About the Ishinca Valley: We will hike through a beautiful valley of the Cordillera

Blanca, which includes the best attractions of the central Andes in Peru. We will set

the BC at the end of the valley. From there we will climb in one day to the C1 in the

morraine and on the next day to the topof this incredible frozen pyramid, Tocllaraju, up to 6034m wich shows

us the true extent of the mountains of Peru.